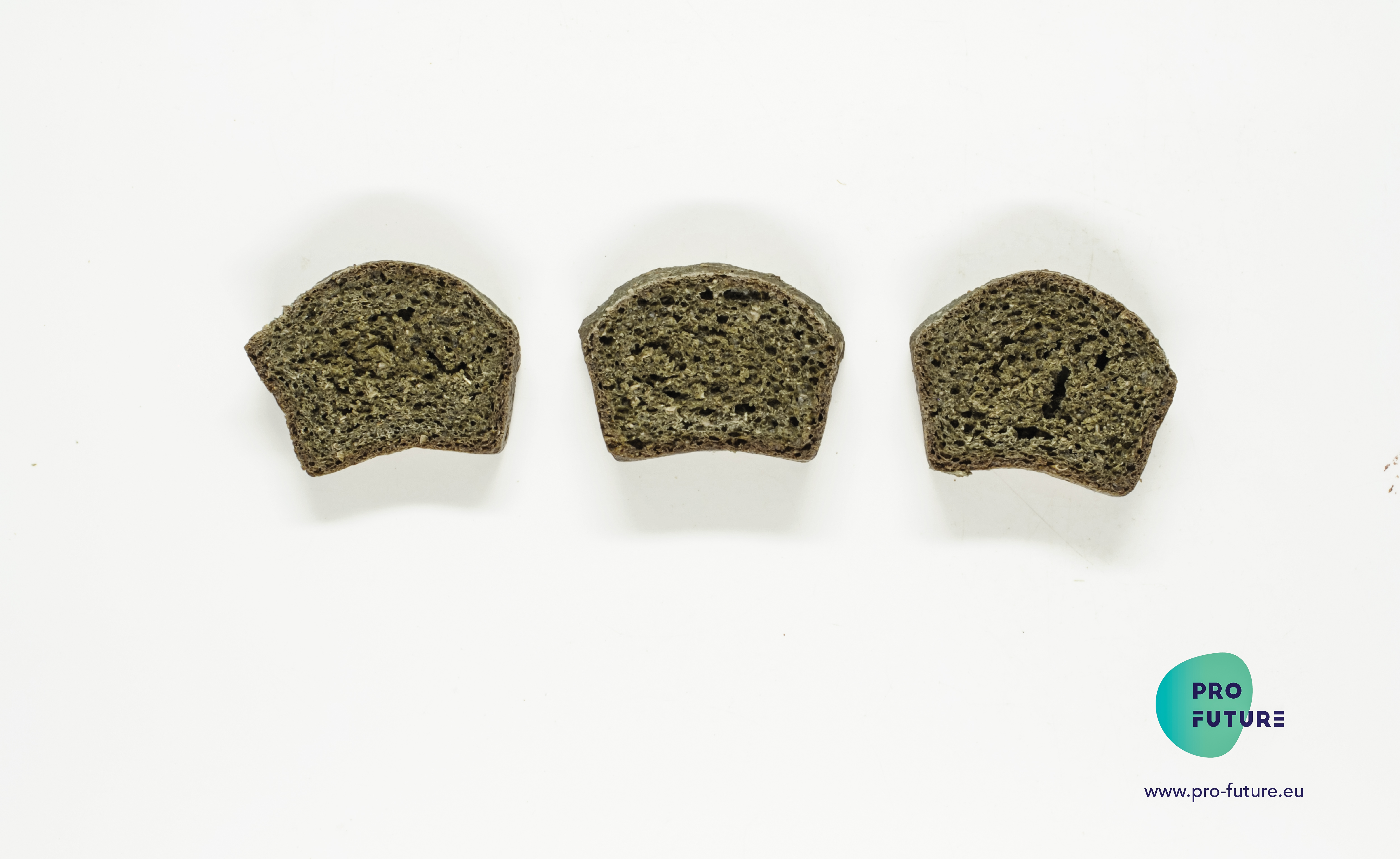 Virtually everyone loves bread – white or wholegrain, airy or dense, crispy or fluffy - there’s an option for each preference. In fact, when thinking about a commonly eaten food that could be reformulated to contain more protein and other nutrients, bread presents as a popular, handy and affordable option. Plus, it offers one of the most basic recipes to experiment on.

At the Institute of Agrifood Research and Technology (IRTA) in the Fruitcentre from Lleida, researchers are studying the potential of adding Spirulina as a trend ingredient in bread. The goal is to create a product capable of pleasing all five senses, while meeting the high standards of the health-conscious (and bread loving) consumers. More so, IRTA will also enrich other bakery products such as croissants, muffins and crackers with microalgae. The goal is to create nutrient-dense versions of these products, that not only contain more protein, but also other valuable nutrients such as phenolic compounds, vitamins and minerals.

The much-appreciated characteristics of bread that appeal to our senses – such as a crispy crust and an airy dough – depend on a complex balance between at least four basic ingredients: flour, water, salt and yeast.

Particularly, the type of flour and its amount of protein dictates the final texture and taste of bread, which is highly dependent on the final gluten content of the dough. This is because during the kneading process, the gluten proteins form a flexible net structure that enables the dough to trap the gas produced during fermentation which makes the bread lighter. The more gluten in the flour, the more air a dough can trap and the fluffier the crumb of the bread will be in the end.

Despite the relatively simple list of ingredients, making good bread can be quite challenging, as many people might have learned during the recent COVID-lockdowns. Adding another ingredient creates a whole new level of complexity to the process, particularly when trying to understand the interactions between ingredients and how they affect the final physical characteristics of the bread.

In fact, replacing as much as 3% of the flour with Spirulina powder has already a visible effect on the volume, texture, colour and taste of the bread. More so, depending on the type of flour, the results are very different. The trials at IRTA tested the reformulation of bread with four different wheat flours (with varying amounts of gluten): manitoba, standard bakery flour, wholemeal flour and organic bakery flour. In the end, each type of bread was analysed for the different physicochemical properties such as texture, colour and volume, as well as their nutritional properties and how well consumers accept the products. 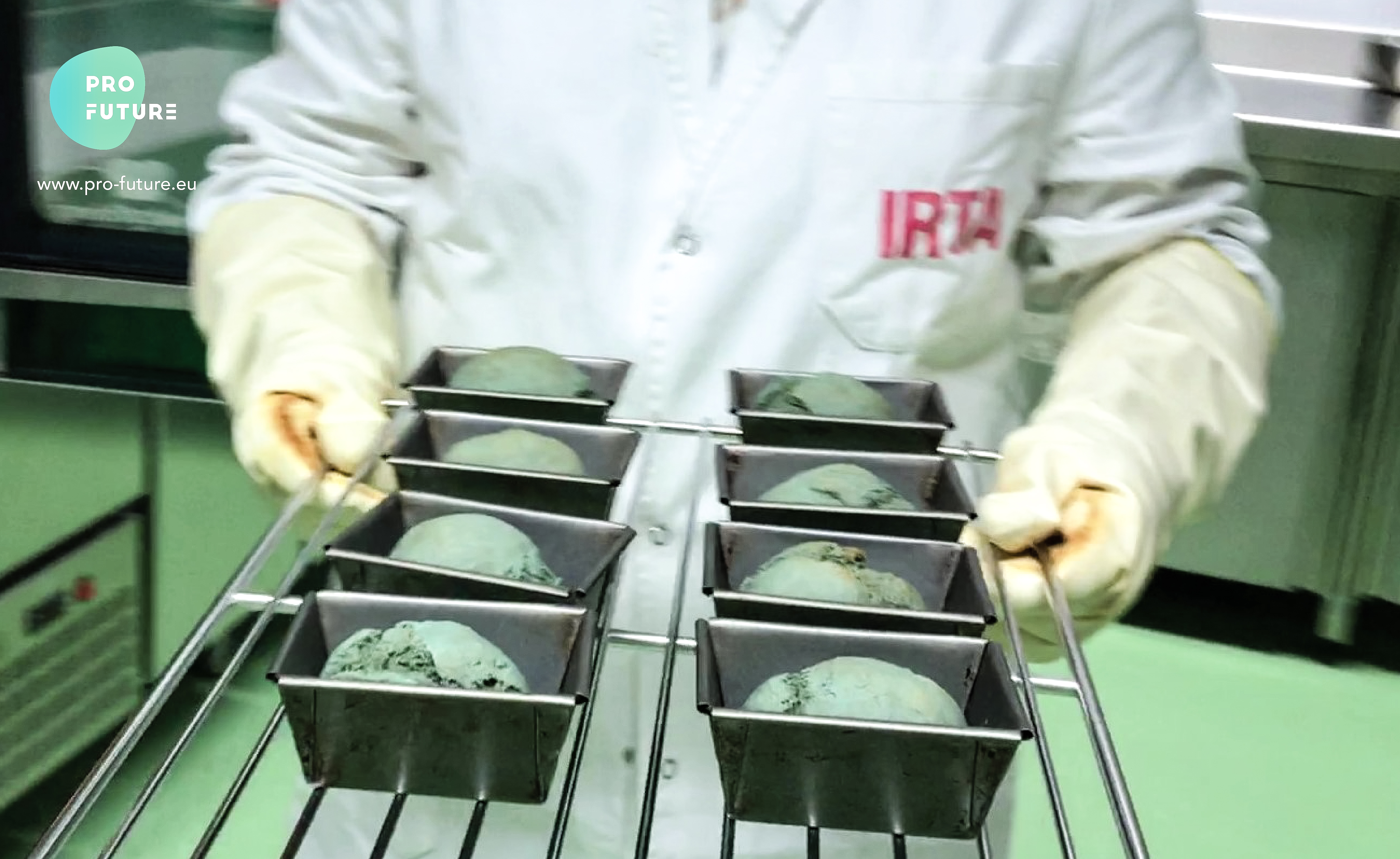 Overall, adding Spirulina powder to the bread dough impacted some of the bread’s physical characteristics and nutritional properties. Regardless of the flour used, the breads became smaller and lighter due to the weakening of the gluten network by the proteins added by Spirulina. The final bread also had green tonalities, due to the intense green colour of Spirulina.

Interestingly, adding between 1.5-2.5% of Spirulina in the bread formulations increased the total protein content, but not necessarily the amount of digested protein, compared to the regular version of each type of bread. This means that even though the enriched breads contained more protein, that surplus might not be digested and absorbed in our bodies. Nevertheless, adding Spirulina to the bread dough offered other advantages such as higher mineral content and higher inhibition of mold growth, which helps the bread last longer. Plus, the enriched breads had a higher phenolic content and antioxidant capacity, meaning that they contained more antioxidants such as polyphenols, which are compounds known to benefit our health. Therefore, Spirulina presents as a promising ingredient to improve the nutritional value of bread.

In the end, a group of consumers participated in taste tests (sensory analysis) where they were asked to evaluate texture, taste and overall acceptability, as well as if they would buy the product for themselves. In general, consumers had a positive reaction towards the different reformulated breads (with concentrations of Spirulina between 1.5% and 2.5%) and were not discouraged by the change in colour. Some participants also found the marine taste to be pleasant. 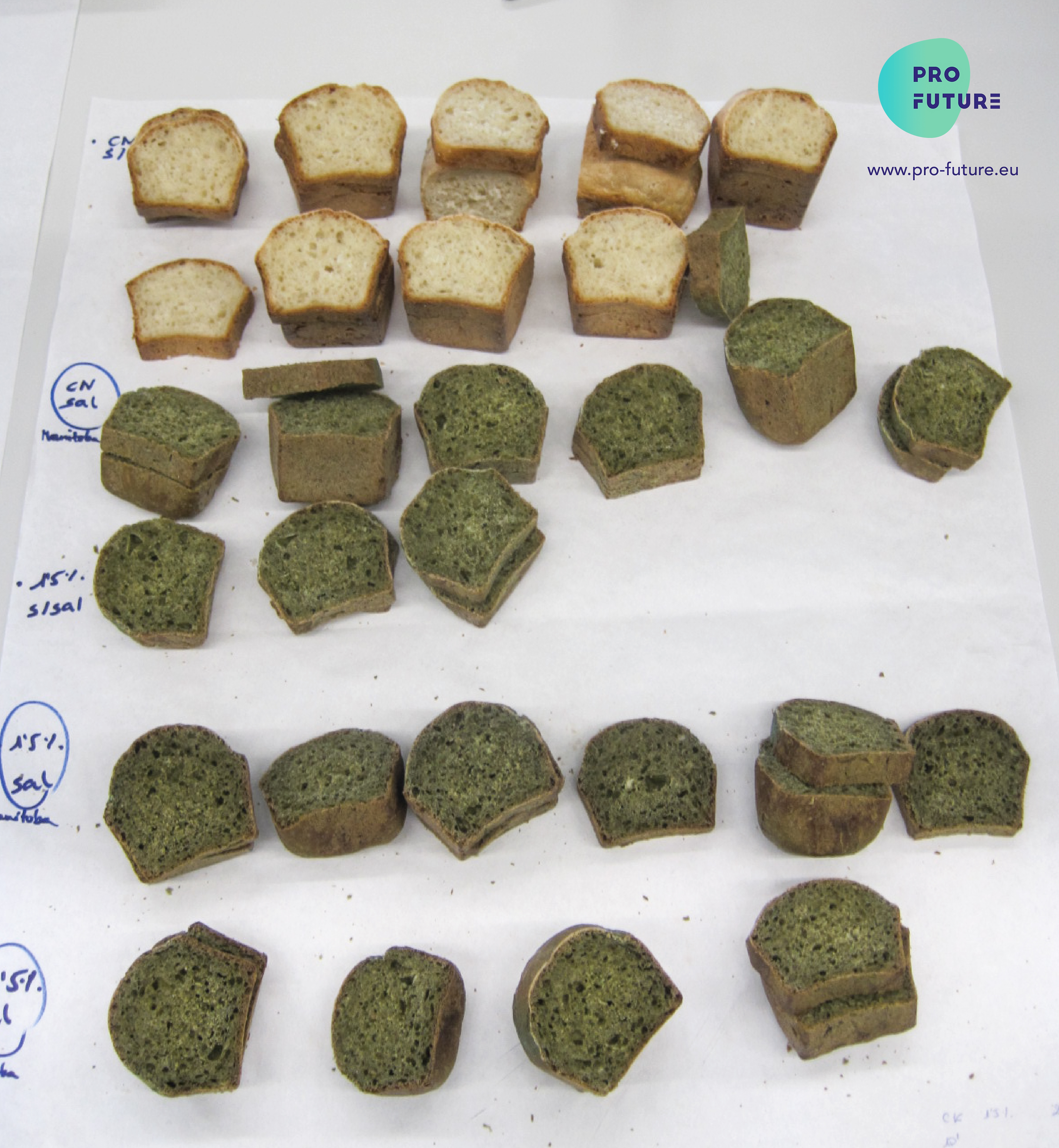 The positive nutritional and sensorial results achieved by the addition of Spirulina to bread reveal promising opportunities for the reformulation of other bakery products. More so, results show that these formulations could be welcomed by the consumers and of particular interest to market niches such as vegan or health-conscious consumers. They could also appeal to those concerned about having a sustainable diet, since microalgae have the potential to be a more sustainable source of protein than other conventional sources, such as livestock.

The main challenge will lie in finding the perfect recipe, capable of improving the nutritional and functional properties of the products, while appealing to the senses and high standards of consumers and industry.

The results of IRTA’s research will soon be published in Microalgae for the Food Industry: From Biomass Production to the Development of Functional Foods journal.